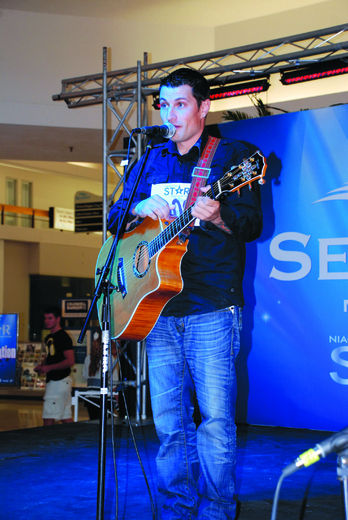 Welland, ON (August 29, 2012) – Seaway Mall’s talent competition wrapped up on Saturday with 17 finalists taking the Welland Tribune Main Stage with the hopes to take the title of Niagara’s Next Star.

This year’s winner is 33 year old, singer/guitar player Corey Cruise. As the first place winner Corey will open for Tara Oram’s performance at IlluminAqua on August 31

There were 17 finalists from the over 150 auditions that were selected to move forward to the finals that Z101’s Corey Mottley hosted. A roster of celebrity judges including Nicole Holness, Mark Lalama and Rob James selected the top 3 winners of this year’s competition.